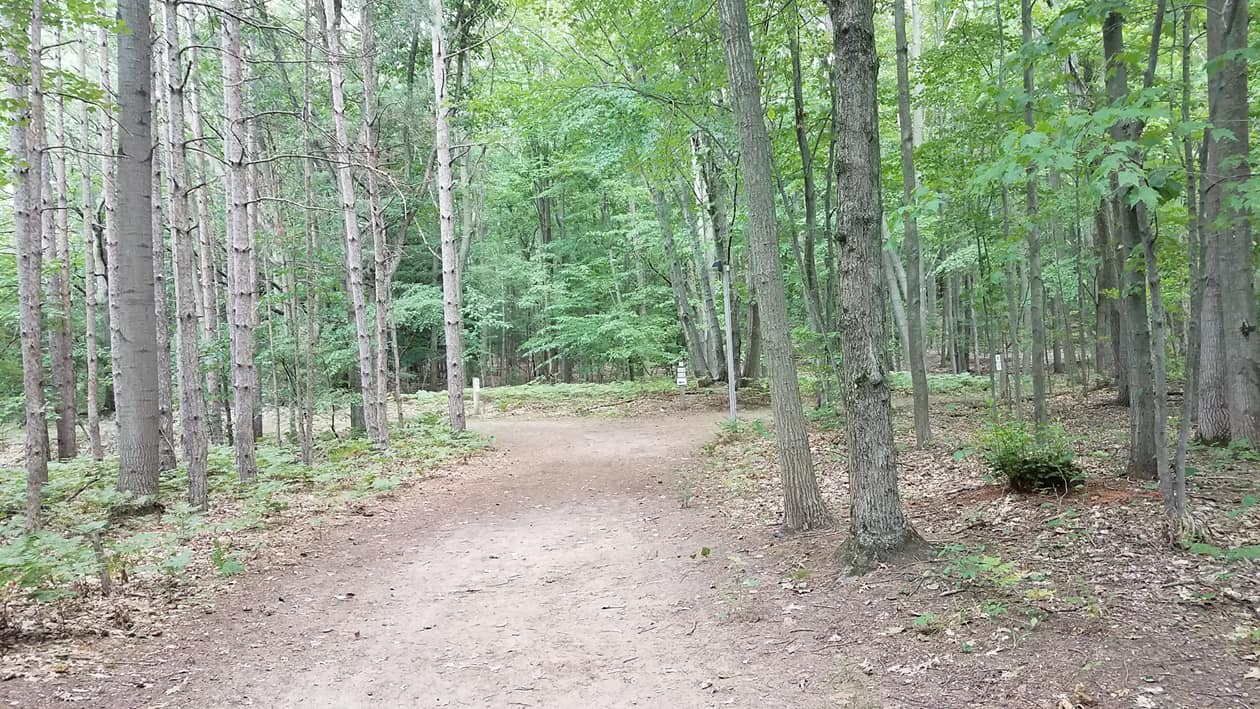 Hallelujah, Made it to Cutback Week! So last week I was feeling pretty down in the dumps and panicky because I had hurt my hip flexor by falling spectacularly on a trail run. This week is definitely looking up!

On Monday I usually do strength training, but my hip was still bothering me so I decided to skip it. DH and I went out for sushi.

Tuesday I saw a PT for an evaluation, I was so thankful that my hip continued to improve to the point that Dr. Eric said I probably just inflamed something, that as long as I didn’t have too much pain that I would be able to run on it without fear of damage. He did notice some hip and ankle mobility challenges, so I decided to go ahead and make an appointment for later in the week for a more complete evaluation and long term recommendation. I ended up going for an hour and 15 minute hike at a local trail (Taco Tuesday at Cannonsburg). Only a small amount of pain, yay!

Wednesday I probably could have done a short run but was feeling stressed about putting together the syllabus for a class I’m teaching this fall at a local university. So I took half a day vacation from my day job and went through the text and assignments. I made a LOT of progress! I’m pretty excited about being an adjunct professor, but since it’s a new experience I have a big learning curve with respect to orientation, requirements, and learning a new online system.

Thursday I had intended to go for a run but had a migraine, which I haven’t gotten in a long time 🙁

On Friday I took a vacation day to get the house in order. July was so crazy and I worked last weekend, and tripped last week so couldn’t really do anything. I has been a challenge getting back into the housekeeping, work, and training routine. After a long morning of cleaning it felt so good to feel somewhat organized. I met my Physical Therapist at a local park since he does not have a clinic yet, so I decided to walk the mile and a half. It was a beautiful day. He spent about an hour and a half with me, showing me some running form improvements and working on my calf and hip muscles. He also showed me some exercises to help with improving my hip strength and ankle flexibility. I had known about some of my imbalances from a previous gait analysis, but since running mostly trails instead of road I haven’t had any piriformis or IT Band issues so I sort of let worrying about that slide. It was a pretty good workout and after the mile and a half walk back home my legs were SORE! No time to rest though, DH and I packed up and headed two hours east to Hell, Michigan for the Woodstock course preview. Kind of blurry, but we saw some sand hill cranes on the run!

Saturday morning came and I had originally intended to do two complete loops of the Woodstock course (each loop is 16.5 miles) even though my schedule said 28-30 miles. I did the first loop with DH. My legs were pretty fatigued from the previous day’s workout and it was really hot and humid so we ended up walking a lot of it. By the time we finished the first loop, I realized that I could just do an out and back from our campsite to finish out 28 miles instead of doing a whole additional complete loop. I was at 17.5 when I reached the camper. I refilled my water bottles and set off down the trail. When I reached for my water bottle about 3/4 of a mile later, I realized that I had left one of my water bottles on the table in the camper. Doh! So I turned around because one water bottle was not going to last 10 miles in this heat. I retrieved my water bottle and set out, doing the math for how many miles I had left and dividing by two, then adding it to my current mileage. Well I must have been off, because I only ended up with 27. I figured that was good enough though, I was tired and sore. To get myself through the last two miles I kept telling myself, “Next week is a cutback week. Next week is a cutback week. This is the longest run on my schedule until the 100K. Then I’m taking a year off from ultras. I can do this!”

Surprisingly, it just took a quick nap after the run and I was up for hanging out with the rest of our group. Someone asked how I could still walk after being out on the trails for 8 hours. I really don’t know, I handle distance well I guess. Relaxing after a day of running.

Sunday morning we woke up, had breakfast, and we drove home. I took a nap and even though I had 15 on the schedule, I REALLY didn’t feel like going out there and running.

I decided to run a trail that I haven’t run before for at least two loops, I’d decide which two called to me. Went to Pigeon Creek, which I used to cross country ski. Did the north loop first. I was struck by how each trail has a different personality. I tired of the sandy horse trail and turned on to the mountain bike trail. I’d forgotten my heart rate monitor so I decided to ignore my Garmin and just run an easy recovery, paying attention to the sounds of August; the birds, the insects. The warm air and smell of pine trees that always remind me of family vacations in the U.P. The flowers and foliage that change throughout the seasons. I finished the north loop and headed across the road to a loop with deep forest and lots of shade. it seemed to have lots of wisdom for me. I stopped at the map, and decided that I was tired. And that’s ok. The trail understood and would wait for my return another day.

How do you manage when you just don’t feel like doing a scheduled workout? Let me know in the comments below!