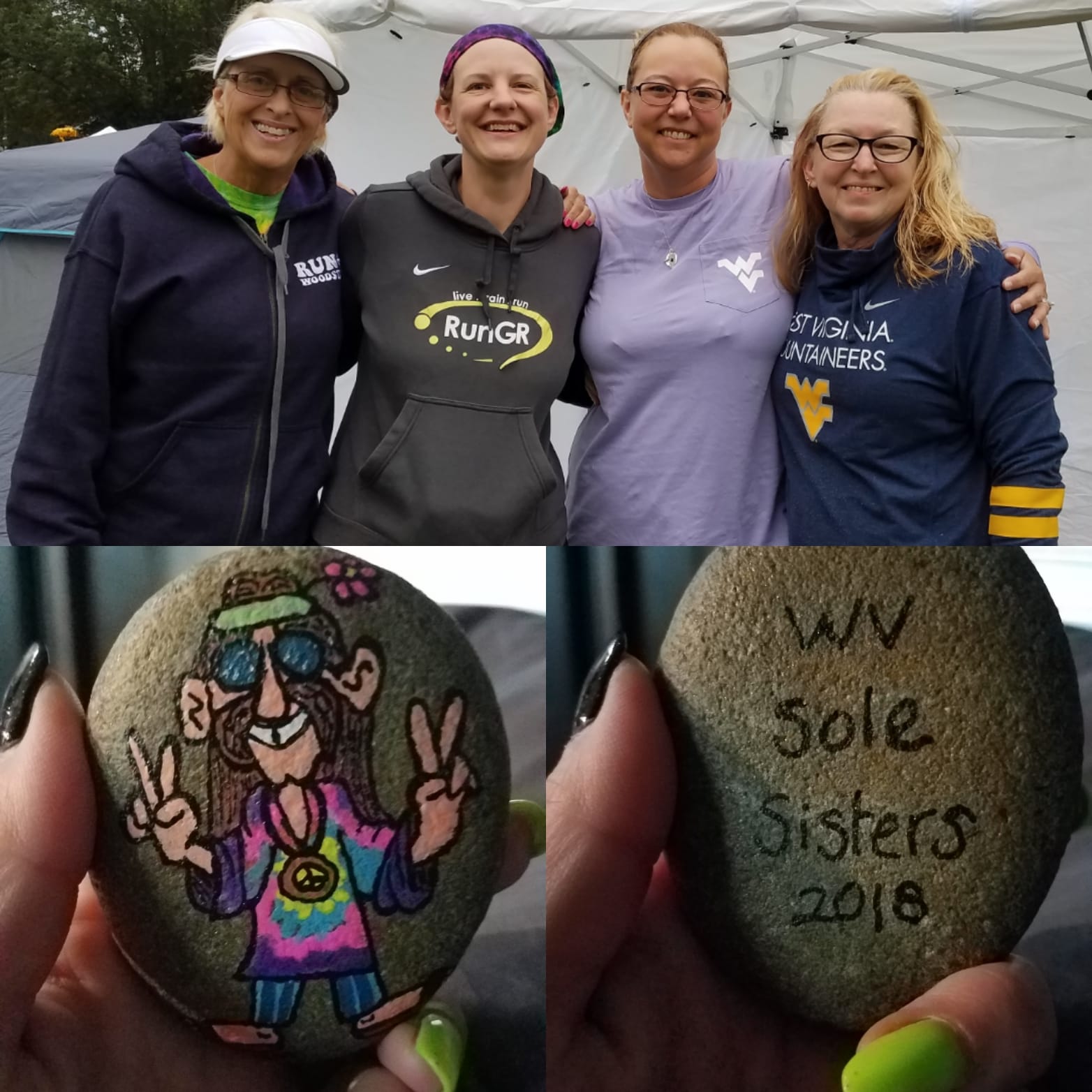 Run Woodstock Weekend: Something Better Than A Medal

You are here: Home / Health & Fitness / Run Woodstock Weekend: Something Better Than A Medal
September 16, 2018 by Wendy Hammond

Wow, I can’t believe it’s been a month since my last post! It’s been a whirlwind of activity these past few weeks.

When I last posted, I shared about how I just wasn’t feeling like running. I kept feeling more and more fatigued. At first I thought it was the flu, which had been going around. Then one night I woke up and I couldn’t seem to catch my breath. My limbs were feeling tingly. DH took me to the ER and they ran a bunch of tests and couldn’t figure out what was wrong. I went to my regular doctor and they ran even more tests. Turns out my vitamin D was way too high, like more than 120. So I stopped my vitamin D supplement immediately and was also instructed to avoid calcium-rich foods.

So I pretty much rested with very little running in the weeks leading up to the Woodstock 100K. My coach still had faith that I could pull it off.

So last Thursday (September 6) we packed up the camper and headed out to Hell Creek Ranch for Run Woodstock.

At 4 PM, I lined up towards the back, listened to the National Anthem, and took off. I soon found myself behind three ladies who said that they were planning to walk the course instead of run it. One was celebrating her 64th birthday so that’s why they were doing the 100K. I asked what they were hoping for a time, and turns out we had very similar goals (22 hours) so I decided to join them for the rest of the evening.

The first 16.6 mile lap was great! I felt very strong and was enjoying getting to know my new friends. It was dark by the time we started the second lap, and things started to get a bit more difficult. I stubbed my foot really hard on a root and I wondered if I would be able to keep going. I shook it off. A little while later my pinky toe had a burning sensation, and I could feel myself getting blisters between my swollen toes. Suddenly I felt a sharp pain under my rib. The stabbing abdominal pain that I remembered all too well from Yankee was back! Ugh. I tried to breathe deeply. I was worried about this so I had been doing a great job keeping up on my fluids and nutrition, scarfing down sandwich bites at aid stations. Then I realized that my stomach cramping was actually more like abdominal muscle cramping. I dry heaved on the side of the road. A few miles later I knew that I couldn’t continue. I breathed deeply trying not to hurl as I worked up the courage to tell my new friends that I wouldn’t be joining them on the third and fourth loop.

At the last aid station before the end, I asked for some ginger ale, hoping that would help my stomach. They only had a bit left so I drank it right out of the two liter bottle. It didn’t help. It was so frustrating, I’d worked so hard and was on point for my nutrition and hydration. But the pain in my side was so strong that I had to hold it tight while we walked through the night. I wasn’t even sure I would make it the four miles back to the start/finish. But I did. My friends decided to take a nap and start again in the daylight since there was a 30 hour cutoff.

I took off my pack in the trailer and told DH that I wasn’t going to be able to continue. I took a shower in the shower building so as not to disturb him (one benefit of showering at 3 AM, thee was no line!) DH texted a friend who had offered to pace me that I had DNFd.

One benefit of finishing early was being able to enjoy the rest of the weekend.

It’s been about a week, and I still have a pain in my side. I’m planning to see a PT. It’s kind of funny, whenever I mention the fact that I only did 50K of the 100K, non runners look at me like I am insane.

My plan now is to take the next year to figure out what is going on with my side, work on speed, and do a half ironman to build up a good base and cross training. Then I will redeem myself in 2020! I think I will attempt Woodstock again because it IS a really nice race, with great aid stations, great course, and a fun atmosphere.

Even though I DNFd, I am still glad for the experience of training. I got to enjoy lots of time in the woods. I also enjoyed the 50K that I was able to spend with the Sole Sisters. DNF > DNS, right?